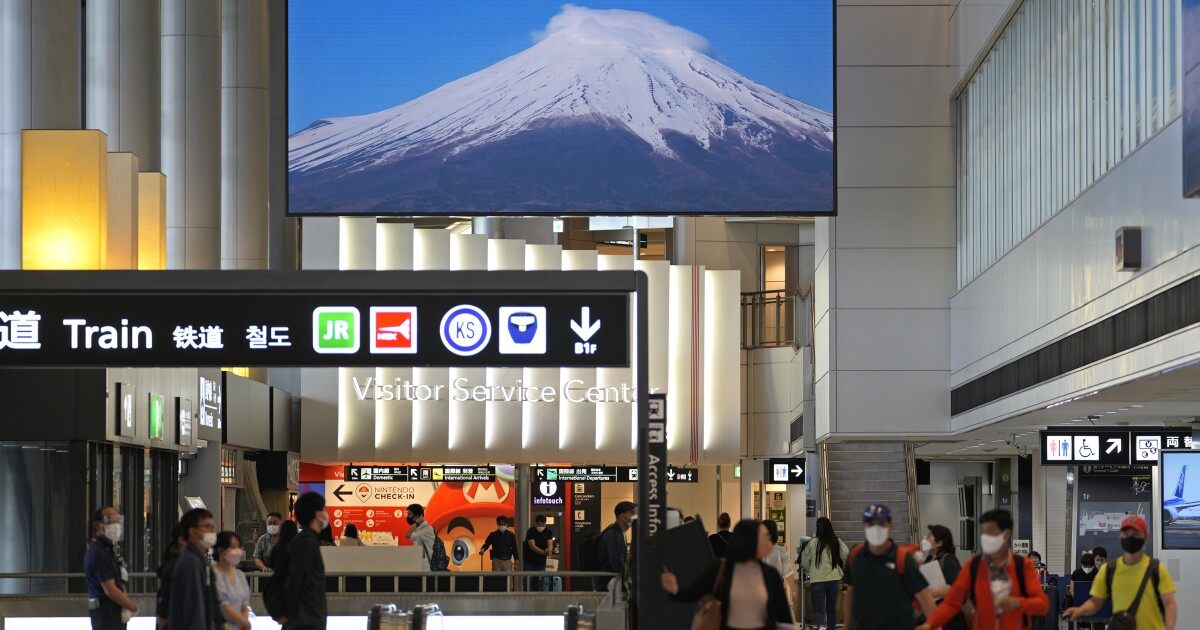 In less than two weeks, you can travel to Japan without a visa and without making special arrangements with a travel agency. But the initial demand for tickets did not come from the United States.

Less than a week ago, the top leaders of Japan and South Korea met for the first time in nearly three years.

But when it comes to tourism, there is apparently no such hesitation.

On Tuesday, South Korean airline Asiana Airlines announced that it will soon increase flights between Incheon and Tokyo’s Narita Airport by 20%.

Flights from Incheon to Osaka are increasing twice as fast.

Overall, the airline plans to increase flights to Japan to 40% of their 2019 levels by the end of this year.

In the pre-pandemic era of 2019, Japan was setting international visitor records – and South Korea made up a large chunk of those numbers.

Government figures show nearly 32 million travelers visited Japan that year, a growth of more than 60% in less than five years.

Five original spots topped one million visitors in Japan, but not all of them are likely to immediately return to strong demand.

Number five is the United States, number four is Hong Kong, and number three is Taiwan.

South Korea was the second largest source of foreign travelers to Japan in 2019.

But the biggest market still has complications: China tops the list – but international travel remains difficult under the country’s policy known as “Covid Zero”.