Behind Historic Korean Cuisine in ‘Pachinko’ on Apple TV+ 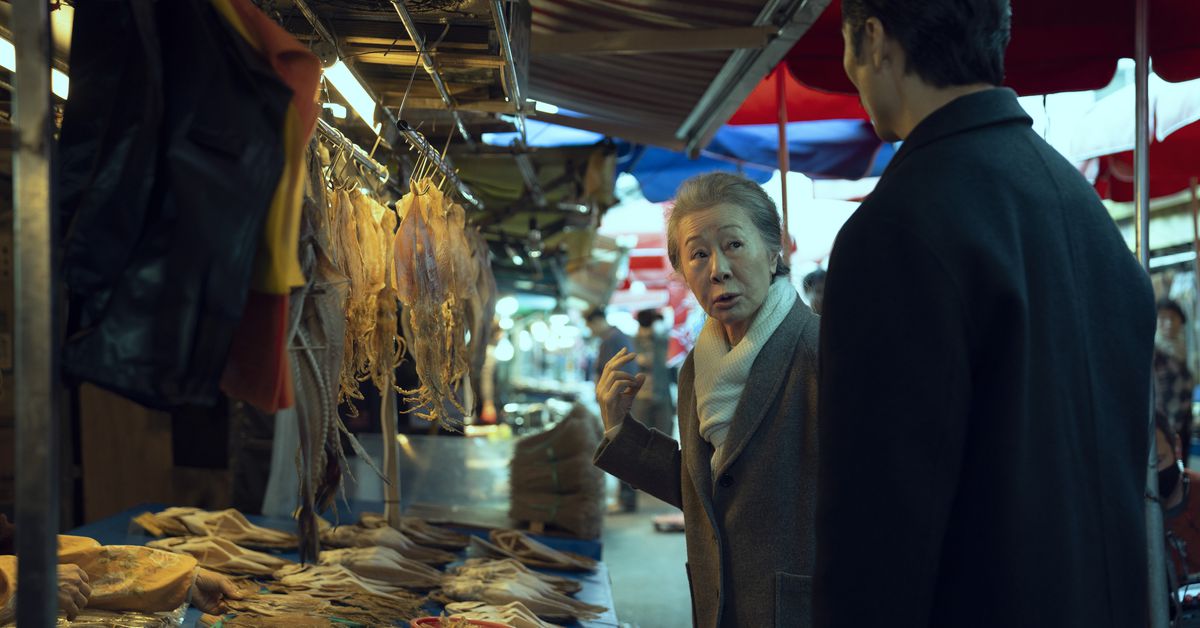 The TV adaptation of Pachinko, based on the international bestseller by Min Jin Lee, follows a family over eight decades, from the rural community of Yeongdo in 1930s Busan to the fast-paced world of 1989 Tokyo. The story focuses on Sunja, played by three separate actresses over the course of the series, as she tries to survive the persecution of Koreans in Japan throughout the 20th century.

But beyond the specific family members at the heart of Pachinko, food plays a central role in the story: Busan’s fish markets, where Sunja helps her family’s boarders hawk seafood and meets the intimidating fishmonger Hansu. The bowls of white rice, prepared and served with such care by Sunja’s mother on her wedding night, were taken for granted by her grandson decades later. The kimchi that Sunja makes with her mother, then sells it in the markets of Osaka. Food helps keep her family afloat, but it also signals love, power, and comfort.

To bring these culinary scenes to life, Pachinko prop master Ellen Freund, who has worked on shows like Mad Men and movies like A river crosses it, has spent years researching, finding, and creating menus for each scene, developing a methodical spreadsheet of each scene’s dishes and cooking utensils appropriate for the moment. She delved into Korean prints from the Joseon Dynasty, trying to capture the era’s cuisines and serving traditions. She worked closely with Soo Jin Kim at the Food & Culture Academy in Seoul to ensure that every ingredient, cooking technique, and bowl of rice was true to what would have been available at that point in history, to the family at the center of the story. Eater chatted with Freund to understand the story behind the food in pachinko, from page to board.

Eater: What immediately struck you about Pachinko when did you become familiar with the material?

Ellen Freund: The story – not just the family story. We had to go from the rural nature of the family, through the cities, through Busan, and then all the way to Japan. He has such a story.

I understand that you worked with Soo Jin Kim at Food & Culture Academy to help with food scenes and props. How did you meet and what did you learn about Korean cuisine?

I learned so much, from each ingredient to the growing seasons, to what the poor ate versus the rich, how they prepared food, how they ate, how the cooking vessels differed, how the dishes of service differed – it’s endless.

We took some of the actors to learn how to do different things: how to start a fire, how to cook rice, how to cook vegetables, how to clean vegetables. We took them to a woman who was a champion kimchi-maker. We were able to experience this incredible lesson from her and her husband, who taught us how to light the fire. And then we had a meal like no other I’ve ever had, something you couldn’t have in a restaurant.

One of the challenges was trying to ensure that our food continued to look appropriate for the times. For example, an Asian pear is now valued for its size. On Mad Men, we had the same problem: apples from the 1960s don’t look like apples today. So you really need to research these objects and find out what they would have really looked like. When making kimchi, has your head of cabbage really grown to the size of what I can now buy at the market? I did not mean it. So we had to research different varieties of cabbages that would be a little smaller, or just cut the current cabbages to make them look like they might have existed in 1930.

Can you give me a few more examples of specific things you couldn’t use in the early 20th century scenes, compared to the scenes set in the 80s?

Well, we were on a budget, so we went to many pottery villages to try and buy some pottery that would look appropriate, but it really doesn’t seem appropriate. It’s too shiny, or it’s too matte. It has too much texture because it’s popular now, or the shapes are a bit weird. So I really tried to stick to older items, and I didn’t care if they were cracked because their dishes would like to be cracked. I would go to a store and find a stack of dishes, but everyone was like, “Oh no, it’s Joseon dynasty, it’s $100 a plate,” and, well, we can’t allow us. So we tried sandblasting dishes, we did so many things. But ultimately, I hope the ones that ended up on the top layer were the ones that were the really old dishes.

I used to find rattan shovels to clean the rice, but some of them were decorative items – people hang them on the wall, so they are either too big or too small. It’s been hard to find one that actually looks like you can use. The shape of the metal pot that is above the fire, we had to use modern ones to get duplicates because in the rice scene they cut a hole in the bottom for the camera to look through. So to make this match we had to use a modern one and it was hard to find a modern one that satisfied the look. The rice bowls were another thing: there were many arguments within the catering team about whether the figures could have brass or if it was too expensive.

Tell me about menu planning. Was there a specific list of dishes you had in mind that you assigned to different scenes?

I went through and broke down all the scenes containing food, made a list of possible dishes, and my catering team and I discussed what not only would be appropriate for the scene, but what might fit enough good for a day of shooting. There are some things you cannot do; you are endangering the health of your actors. Due to the level of poverty we faced [in the plot], there was not a lot of meat, there was not a lot of fish. With the help of the catering team, we created photos of what each of these dishes would look like, and then at that point I discussed it with the directors and [writer] Soo Hughes. Then we would examine and take each of these dishes and find out what it was served in, what utensils were used. Then we had to make sure we had the proper cooking utensils and cutting utensils and mixing bowls, all the things one might need to make those dishes.

There are so many fish markets and outdoor markets throughout the show – how did you and director Hamish Purdy build the markets to be true to the era? What research goes into creating a market?

Hamish and I would have liked to shoot the 1930s fish market in Korea, but it ended up not working out with the schedule. We had to create this fish market where we meet Hansu, and it was a big deal – getting real fish, getting fake fish, setting it up every day, having to take it down every day. We weren’t allowed to pour anything on the wood. It was a very, very large order, and it took up a lot of our budget and our energy. A few people did nothing more than that.

There is a lot of research on Japanese markets – the tea vendor, the ramen vendor, the dried fish vendor. We built all the stands, the kimchi cart that Sunja makes. We were working from references, but we created it from scratch. The whole art department came together to prepare the food over several days, so we had to stick to things that can survive, since we had no refrigeration there. I hope what we did gave a sufficient impression of what it was like.

What are some particularly interesting and exciting food-related props that the average viewer might miss?

The depth with which we created the kitchens, the amount of authentic elements inside – you could have walked into this kitchen, and it had everything you needed to live this life. This was true of both the village setting and the 1989 house – she had a huge stockpile of things that belonged to her, that were real, that made her totally authentic and comfortable. What I consider to be one of my most important tasks is to put an actor at ease: he must come in and feel that he lives there. And I think that has been achieved.

food in Pachinko seems to be representative of both love and power: it’s how people express and contextualize wealth, but it’s also how people show their love for one another. Thematic elements of food and Pachinko reflected in specific accessory choices? How?

The wedding scene in the 80s, with the financial boom, the idea was that the power, this incredible wealth, was displayed on these plates. But for me, the food in Pachinko represents comfort: the way Sunja and her sister-in-law created these meals, the way they kept their family together.

New episodes of Pachinko are available weekly on Apple TV+. This interview has been edited and condensed for clarity.

The freshest news from the world of food every day