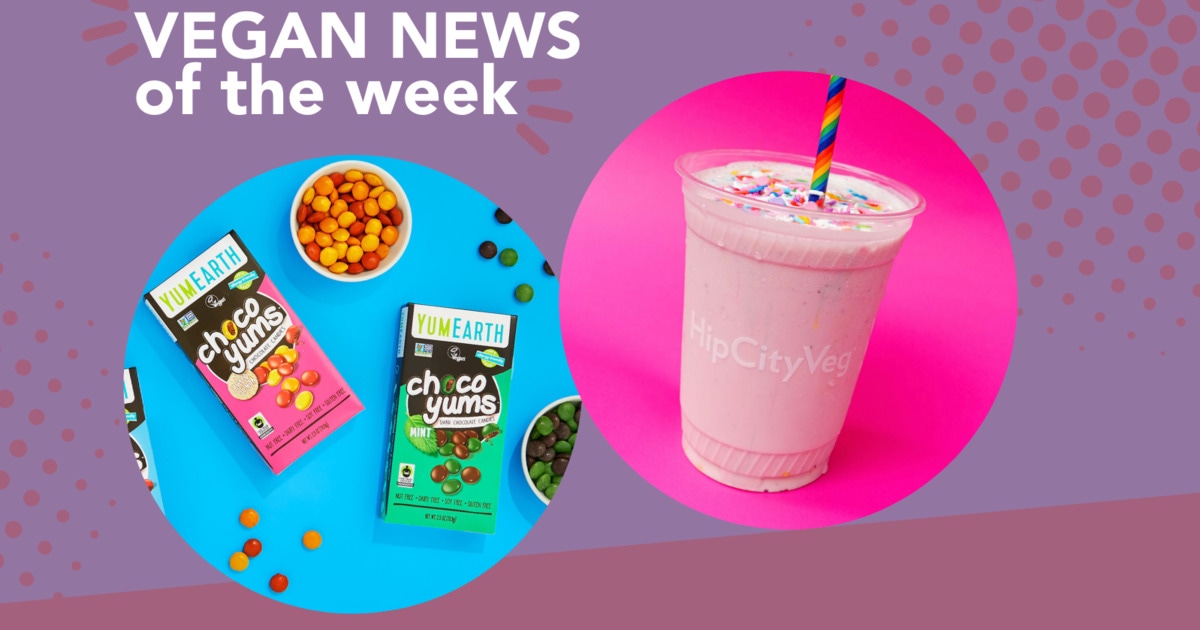 It seems like every week in the world of vegan food news is more exciting than the last and this week is no exception. Pride Month is off to a sweet start with Love Shakes at HipCityVeg, adult drinks at Charlie was a sinner and rainbow-hued chocolate boxes at Matthew Kenney’s chocolate brand CASSE-COU . Daring Foods is getting into bigger formats of vegan chicken, and YumEarth just beat Mars with vegan candies that look a lot like M&Ms. Read on to find out more.

This week we welcome the start of Pride Month and we can’t think of a better way to celebrate, other than continuing to fight for equality, than with vegan milkshakes. Fortunately, the vegan chain HipCityVeg brings us the most colorful and dairy-free creations.

Available throughout June, the Love Shake is a rich strawberry shake topped with sparkly rainbow sprinkles and topped with a rainbow straw. For even more things to love about this shake, five percent of its sales will directly support LGBTQ+ communities in Philadelphia, Washington, DC, and New York, all cities with HipCityVeg locations.

And if you’re looking for something more grown-up for Pride, in downtown Philadelphia, vegan bar Charlie was a sinner is offering a new purple-hued specialty cocktail all month. The Mattachine 76 is a riff on a French 76 and is made with butterfly pea flower infused vodka, champagne, lemon, and what the bar calls “queer magic.” The cocktail honors one of the nation’s premier gay rights organizations, the Mattachine Society, and $1 from sales of every Mattachine 76 will benefit local LGBTQ+ organization William Way. 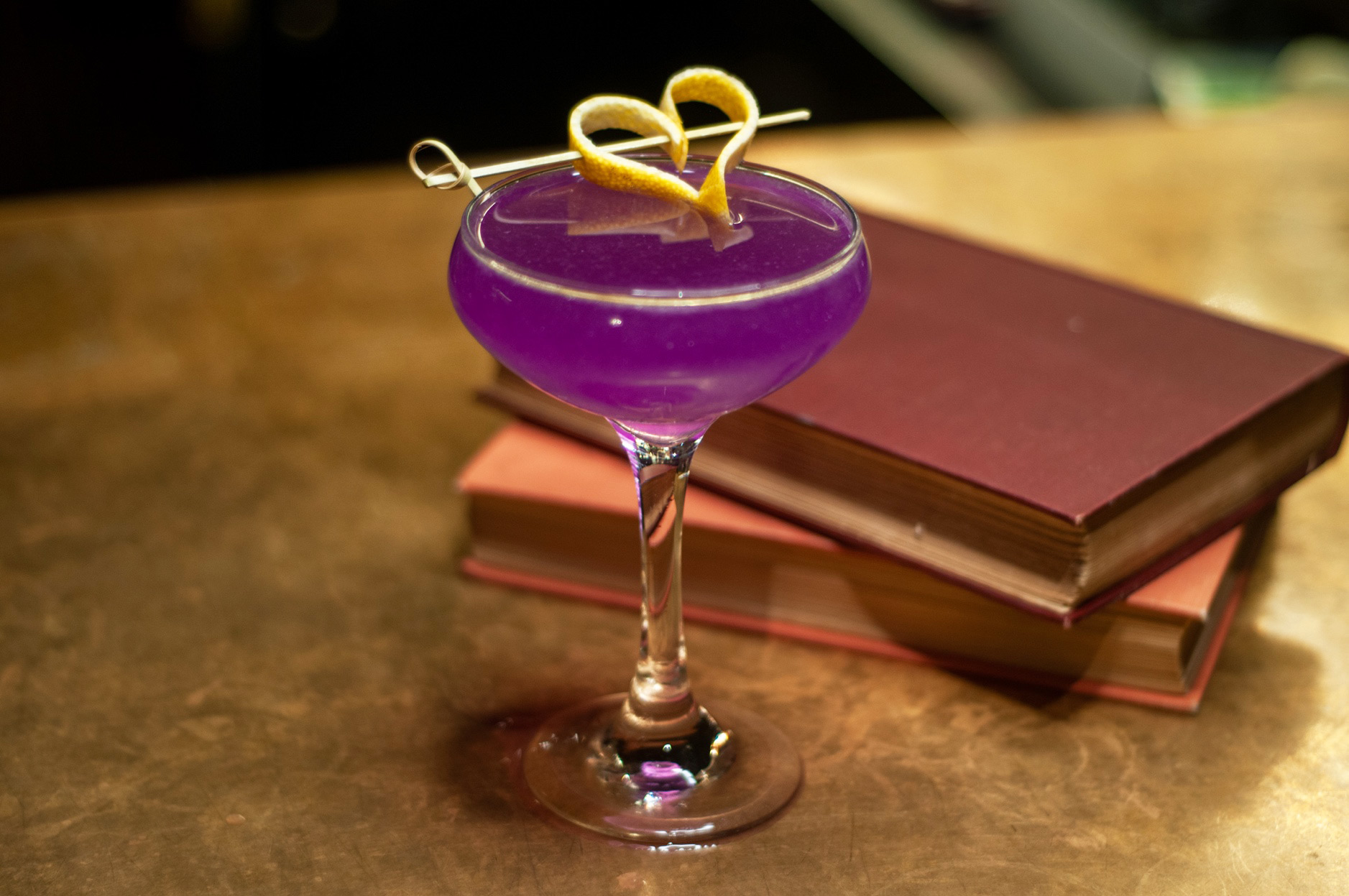 Charlie was a sinner

Restaurateur and social justice advocate Nicole Marquis owns both businesses and created these colorful menu items with a purpose. “It’s so important now more than ever to celebrate and embrace diversity in every way, and also to bring brightness and joy to our customers and our cities,” Marquis told VegNews. “The Love Shake at HipCityVeg and the Mattachine 76 at Charlie Was a Sinner are colorful, bold and beautiful like our customers and our team. It means a lot to our team to give back to the community while celebrating Pride this month, which is why we’re donating a portion of sales from both to local LGBTQIA+ organizations doing important work in our communities. We know love is love, and we could all use an extra dose of love in the world right now.

Chocolate is always a great way to celebrate any holiday and for Pride, New York chocolatier CASSE-COU, a vegan chocolate shop and online marketplace, is giving its luxury truffles a colorful makeover. of the rainbow. Famed plant-based restaurateur Matthew Kenney is behind the brand, a concept he developed last year in partnership with chef Sebastian Brecht with a mission to elevate confectionery to the level of wine and fine cuisine without harming the animals. 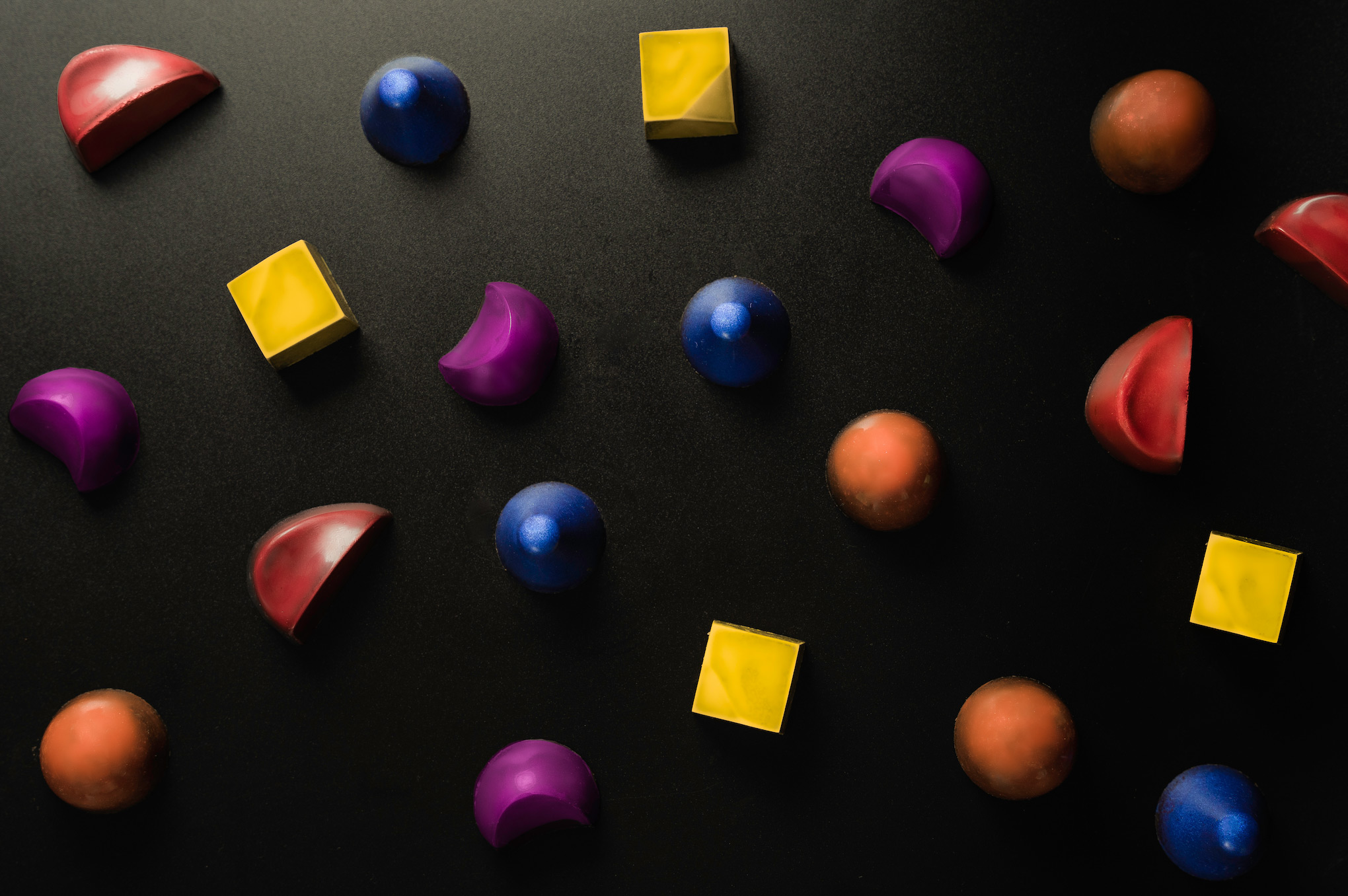 With temperatures rising rapidly, we’re all looking to cool off with a few frozen treats, and vegan sorbet brand SorBabes has just the thing for you…and you can buy it in bulk. Starting this month, Costco stores in the Pacific Northwest region will begin stocking SorBabes chocolate-covered sherbet bars in a combo pack of Wildberry Crisp and Vanilla Caramel Crunch flavors. Each 12-bar combo pack will cost $10.99 ($11.49 in Alaska). 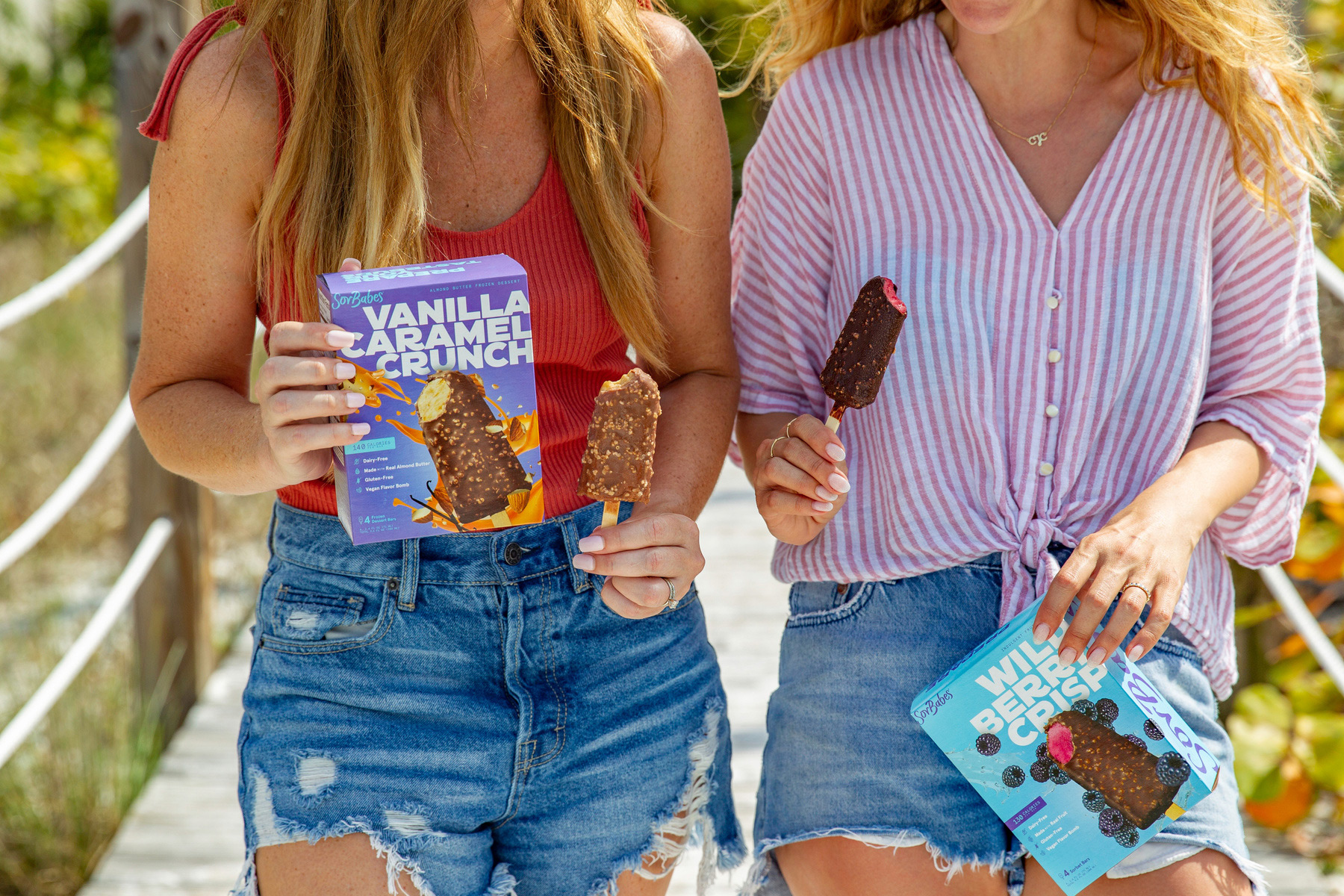 Nicole Cardone and Deborah Gorman launched SorBabes in 2012 to refresh the sorbet category, transforming it from a frozen palette cleanser to an indulgent vegan dessert. In 2021, the brand underwent a major pivot, moving from its pint format to new novelty bars, which are also available in additional flavors at Whole Foods Markets in the Pacific Northwest region.

“With our historical ties to the Pacific Northwest, a targeted Costcos launch in this region made a lot of sense,” Cardone said in a statement. “We are beyond excited to partner with Costco to bring their Washington shoppers a taste of SorBabes this summer and look forward to further expansion in the months ahead.”

When it comes to making realistic vegan chicken, the folks at Daring Foods know what they’re doing. Founded by Ross Mackay with a mission to remove chickens from the global food system, Daring now has celebrity investors such as Drake and Naomi Osaka. Until now, the brand offered its realistic chicken pieces in several flavors (breaded and original) in the freezer section. 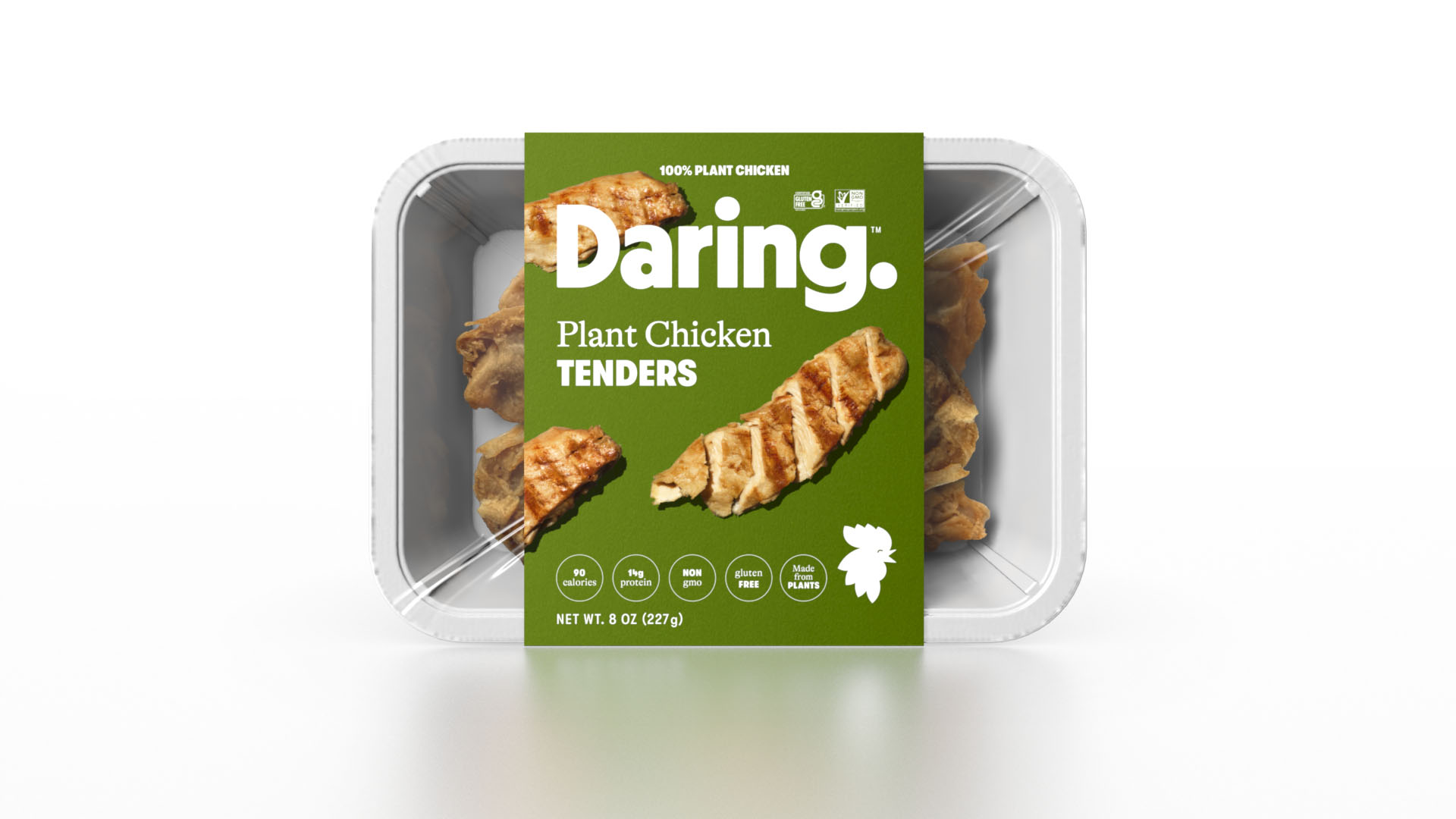 However, starting this month, Daring is heading to the refrigerated section of 400 retailers, including Sprouts, Erewhon, Dierbergs, New Seasons and Pete’s Market, with the launch of its new vegan chicken offerings. The vegan tenders are larger than the brand’s chunks and are made to be juicy, flavorful, and incredibly chicken-like.

“We are excited to expand Daring’s product line, giving our consumers the option to choose from fresh or frozen chicken products,” Mackay said in a statement. “At Daring, we’re constantly striving to create the simplest, most natural form of animal protein without the animal, and with this launch, we’re able to offer a new take on our beloved plant-based chicken cuts. .”

Vegan M&Ms have been a plant-eater’s dream for eons and while parent company Mars, Inc. hasn’t yet ditched the dairy of this popular candy, confectionery brand YumEarth is getting ahead of the curve. competition with the launch of Choco Yums. These allergen-free little candies feature the same chocolatey taste and crunchy shell as M&Ms, but without the animal products that make them a must-have for animal lovers. The new candies are made with fair trade cocoa and come in three varieties: Choco Yums Chocolate, Choco Yums Crisped Quinoa and Choco Yums Dark Chocolate Mint. 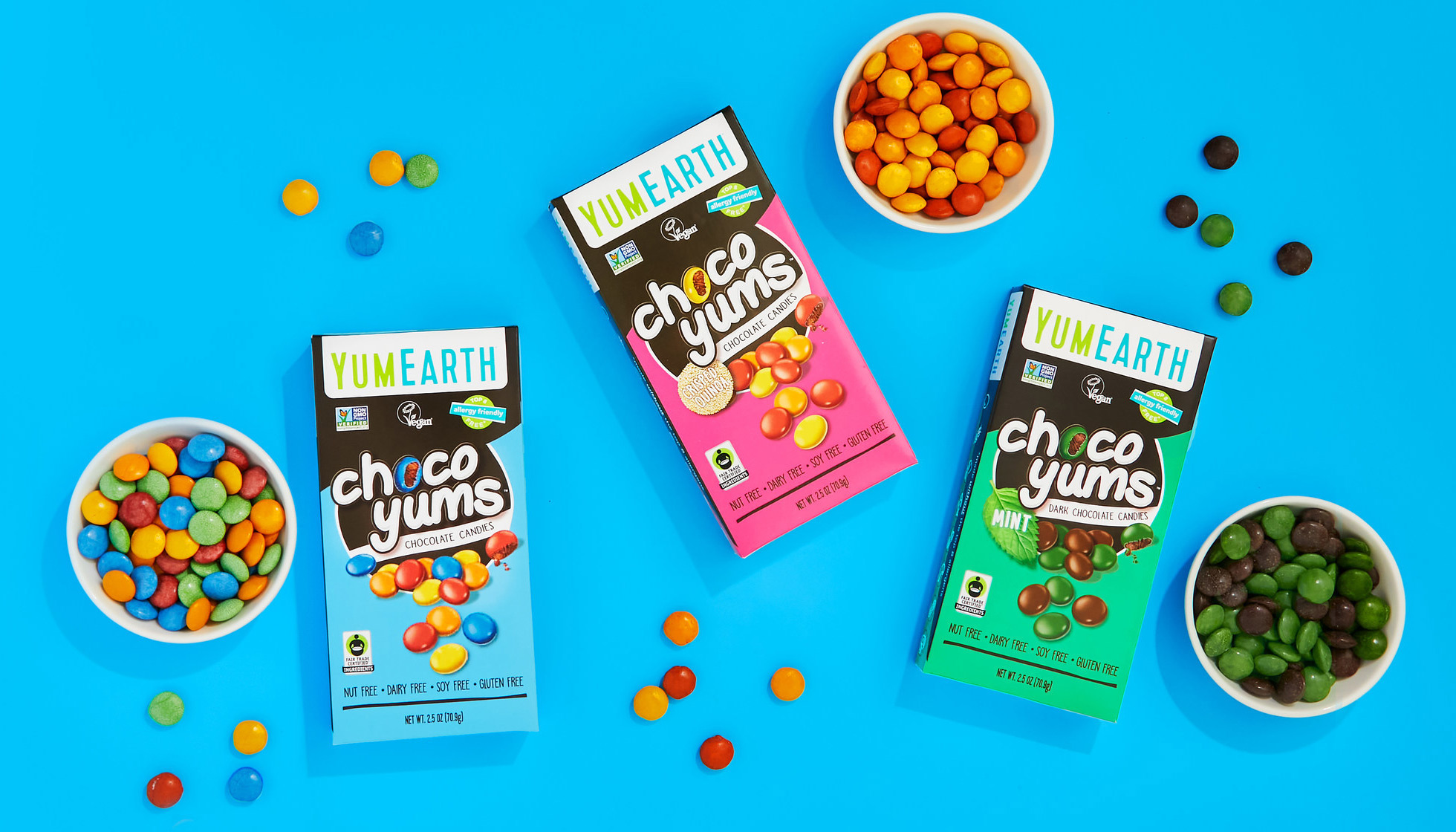 “At YumEarth, we’re always innovating to create allergen-free twists on classic and beloved candies,” Sasha Auguste, YumEarth’s Chief Marketing Officer, said in a statement. “Chocolate bites are a beloved and nostalgic candy for many, so it was only natural that this would be our next iteration. We hope our Choco Yums will help make life’s moments a little sweeter, simpler and filled with joy. Most importantly, Choco Yums are a treat you can safely share with friends and family.

We’re okay with sharing until someone makes a vegan version of peanut M&Ms. Then it’s every man for himself.

For the latest vegan news, read:
Seattle’s Dough Joy expands to a 3rd location
A herbivorous butcher shows you how to make vegan meat in his first cookbook
The care bears celebrate their 40th birthday with vegan cookies

Anna Starostinetskaya is the editor-in-chief of VegNews and always keeps tabs on all things vegan in her hometown of San Francisco, California, and everywhere else.

Get vegan recipes delivered to your inbox by signing up to our FREE VegNews recipe club!

Get vegan recipes delivered to your inbox by signing up to our FREE VegNews recipe club!