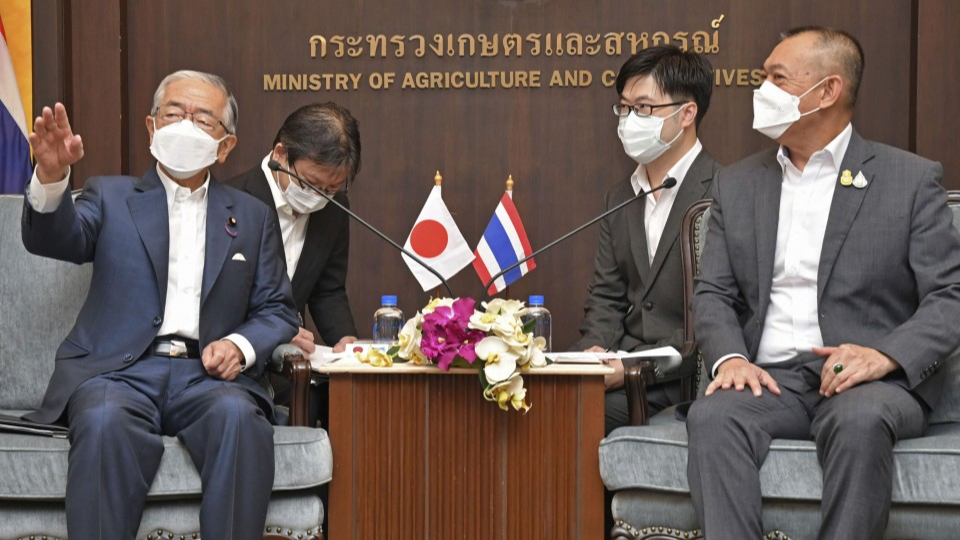 Japan on Thursday launched a business platform in Bangkok to increase Japanese food exports to Thailand and further promote Japanese cuisine there.

The creation of the Japan Food Export Platform came as Prime Minister Fumio Kishida’s government plans to increase the country’s annual exports of agricultural, forestry and fishery products to 5 trillion yen ($38.58 billion) from by 2030, compared to more than 1 trillion yen in 2021.

The Minister of Agriculture, Forestry and Fisheries said Japan’s agricultural sector needed to “change its structure in order to be able to make profits overseas”.

Japan plans to set up food export initiatives in eight countries and territories, including the United States, China, Hong Kong, Singapore and the European Union, by FY2023.

With these platforms, the Ministry of Agriculture aims to significantly boost the export of Japanese agricultural and food products in partnership with Japanese diplomatic missions abroad as well as the overseas offices of the Japan Trade Organization. outside, supported by the government.

During a meeting with Kaneko earlier on Thursday, Thailand’s Agriculture Minister Chalermchai Sri-on said the talks “present a good opportunity to strengthen agricultural relations between Thailand and Japan.”

As the two countries mark 135 years of diplomatic relations this year, Chalermchai hailed long-term bilateral, trilateral and international cooperation in agriculture, according to Thailand’s Ministry of Agriculture and Cooperatives.

Kaneko will then travel to Singapore where he is to attend a similar ceremony.