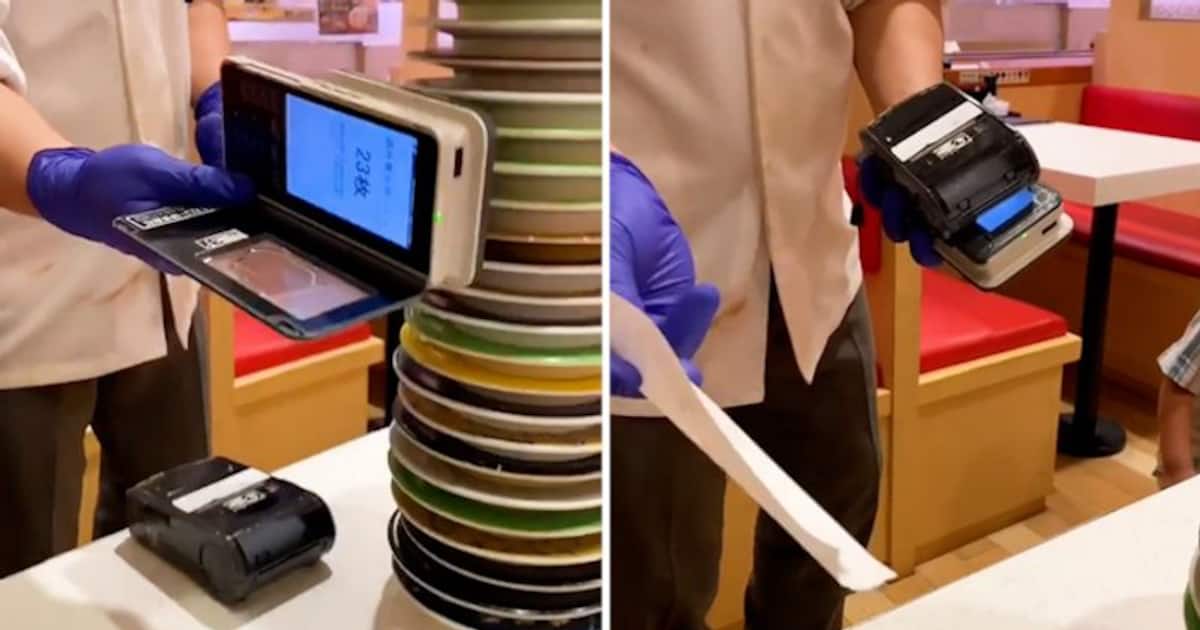 A video of a Japanese restaurant using a quick and smart way to generate food bills for customers has gone viral and netizens are stunned after watching the video.

Technology has always helped humans work easier and smarter. Some great tech videos can amaze us. Speaking of technology, the first country that comes to mind will always be Japan. It is believed that Japan lives in the future. From robots to high-speed trains, they are far more advanced in technological sectors than any other country in the world. Today, such a unique and advanced technology video from Japan is making the rounds on the Internet, and netizens are left speechless after watching it.

In the video, a man who is a blogger can be seen enjoying several Japanese treats such as sushi, gyozas and more at a restaurant. As he finishes his meal, the chef takes all the plates he has ordered and makes them into a single pile. What the chef does next will surely amaze you! The chef takes a scanning device and simply passes over the stacks of plates and at the end of the scan he shows the total bill amount of the blogger’s order. Take a look at the stunning video:

Shocked no? You might be thinking how that would have worked. Well, each plate has a different cost, and a chip in each plate helps the device quickly identify the dishes and calculate the total amount of food, generating a bill. So cool!

The video was shared by the blogger himself on his Instagram page named @allstarseven. The video has garnered around 4 million views and 232,356 likes since the upload date and the numbers are only growing. Netizens were amazed to see the technology and loaded the comments section with amazing comments. One user said it’s no wonder Japan is known for being the most disciplined country in the world, while another user wrote that the video is really awesome. A few even applauded and praised the country for its unique and rapid advancement.