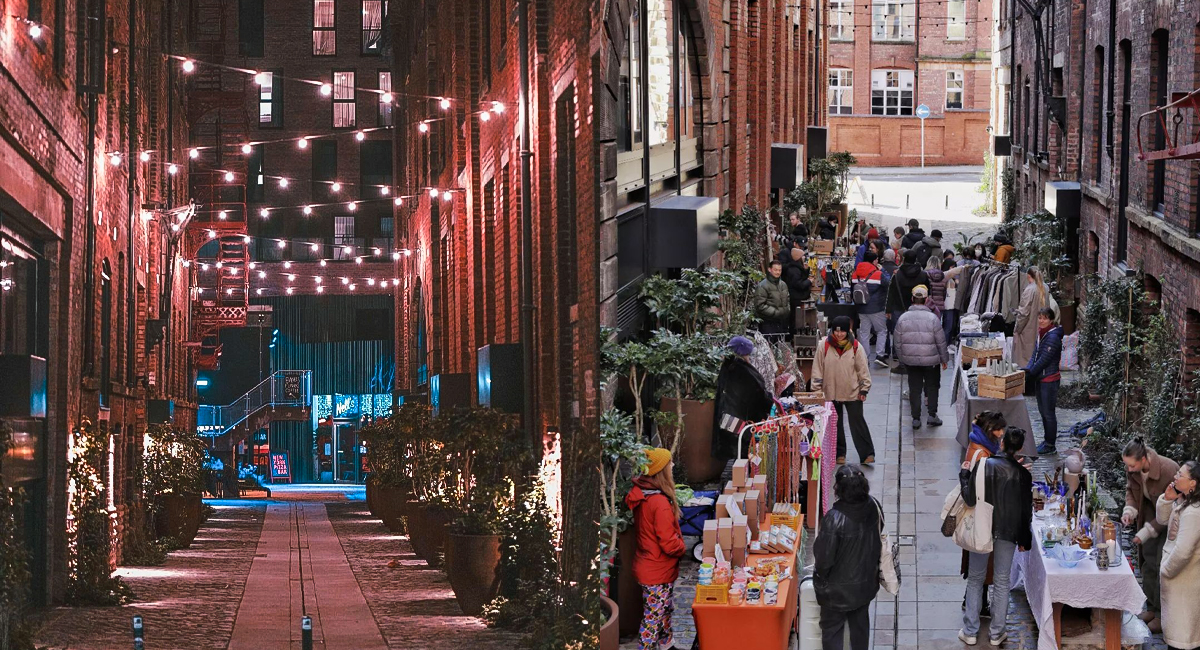 Since the site’s development, Kampus has welcomed a host of independent businesses to nestle in its bustling neighborhood. Of by Nell at Pollen and old winethe downtown village also hosts regular craft markets, which see some of the city’s best creatives showcasing their small businesses.

Opening from 6 p.m. Thursday June 9Kampus has launched its brand new Night Market, which will see the neighborhood buzz with popular craft brands, packing the garden and Little David Street for the perfect laid-back summer evening of food, drink and music.

Among the programming will be Just Nataspurveyors of traditional Portuguese pies, Osaka local serving Japanese street food, and Good St Localserving their hot Afro Brit dishes among many others.

Visitors will also be able to browse and purchase works by local artists and indulge in creations by the Rum of the Witch Kings cocktail bar, all to a backdrop of live music.

It follows the resounding success of the collaboration between Kampus and Ancoats Pop-Up, with a weekend market on the last Sunday of each month already attracting thousands of people to the site opposite Canal Street in Manchester.

The limited series of summer night markets will take place on thursday 14 July, August 11 and September 15.

Alice Longson of Ancoats Pop-Up said: “This is our very first night market and we are delighted to be bringing something new to Manchester’s thriving indie scene. Kampus Garden is a hidden oasis, it will be the perfect place to spend a truly laid back evening enjoying some of the best street food in town and supporting artisans.

“Our monthly weekend markets have proven to be a hit in Kampus and this is a great limited summer run to showcase our city’s best creations on hopefully warm summer nights. ”

Kampus, the rental community developed by Capital&Centric and HBD, comes to life this summer. Visitors to the Night Market will also be able to sample Cloudwater and Levanter, halfway through their residence at the Bungalow and Garden, and Nell’s, a major draw for pizza lovers.

Summer Beer Thing, a three-day festival of seasonal, regional and interesting beers from around the world, will also take over the garden from Friday June 24 to Sunday June 26.

Adam Brady of HBD said: “This summer looks like a real party in Kampus. It’s our first real summer without social distancing restrictions and we have an extensive program of pop-ups, events, exhibitions and vernissages. With our residents now fully immersed in neighborhood life, it’s great to add more to the experience of what it’s like to live here, while becoming one of Manchester’s must-visit destinations.

Kampus is a collection of old and new buildings, just off famous Canal Street in Manchester’s gay village and minutes from Piccadilly station.

The community is set to become home to some of the North West’s most beloved independent brands including Pollen Bakery, Cloudwater Brewery, General Store, The Beeswing and Great North Pie which will be moving to Kampus this summer, among others .