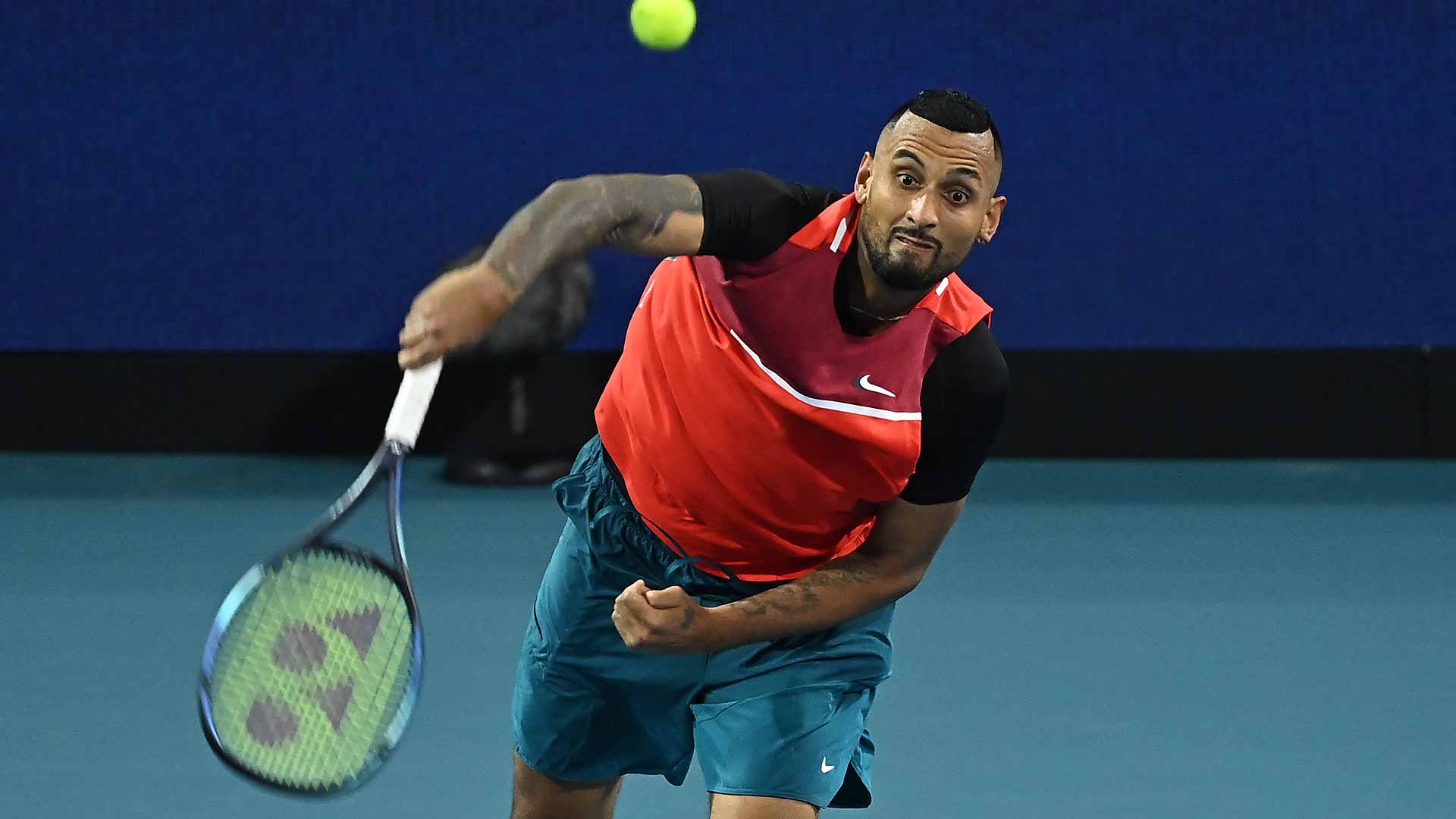 After Naomi Osaka beat Angelique Kerber on Thursday to reach the third round of the Miami Open Presented by Itau, she cited an unlikely source as someone who helped her serve: Nick Kyrgios.

“I think it’s working pretty well, because I think I have a better pace now than before, especially with the wind and all that.”

On March 3, Kyrgios posted a video on Instagram of him serving with Osaka sitting along the baseline to examine the Australian’s technique.

“Analyzing my serve to find every little detail,” Kyrgios wrote in his caption. “Her thirst for learning was pretty epic to see from a champion like her.”

The 26-year-old, who faces Andrey Rublev on Friday in Miami, had 12 aces and didn’t face a break point in his first-round win over Adrian Mannarino. If the Aussie upsets Rublev, he’ll likely have a big day on duty.

“I feel confident. If I serve well and play my backhand well, I can beat anyone,” Kyrgios said. “And everyone knows that.”