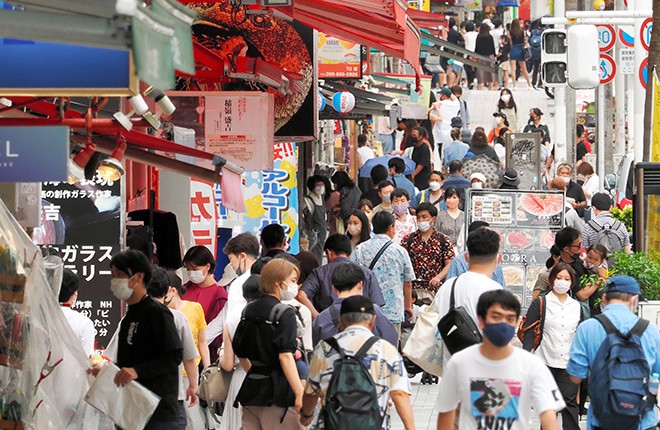 The government plans to extend and expand a tourism support program to cover the whole country from July 1 to bolster a sector that has been crying out for help amid the COVID-19 pandemic.

The “kenmin wari” discount program was due to expire at the end of June.

However, the government plans to continue the program as an “economy stimulus measure” ahead of upper house elections next month.

Under the program, the central government provides grants to individual prefectural governments to cover half of travel costs per traveler, or up to 5,000 yen ($37) per overnight stay. The grants also provide up to 2,000 yen in coupons for shopping and restaurants.

Introduced in April 2021, the kenmin wari program was initially limited to the movement of residents within a prefecture.

But the parameters were expanded from individual prefectures to regional blocs, such as the Kanto and Kinki regions, from April this year.

The program is now in place in all prefectures except Tokyo, which provides its own travel subsidies.

The expansion of the kenmin wari program will allow travelers from major cities, such as Tokyo and Osaka, to popular destinations in Hokkaido and Okinawa Prefecture to enjoy discounts and coupons.

The prefectures of departure and arrival must agree to join the program for travelers to benefit from the reductions.

Prefectures where new COVID-19 cases are increasing may be excluded from the program.

The program will be suspended in prefectures where the COVID-19 state of emergency has been declared or where pre-emergency measures are in place.

Travelers must be triple vaccinated or show proof of a negative COVID-19 test to qualify for the discount.

They can also use the kenmin wari program as well as other tourism-related discounts offered by local governments.

Another national travel subsidy campaign, called Go To Travel, has been suspended since late December 2020 due to the spread of new coronavirus infections.

Go To Travel was awarded a budget over 1 trillion yen. Of the unspent 830 billion yen, the government plans to allocate 560 billion yen to the prefecture-based reduction program.

The tourism industry has been calling for the resumption of the Go To Travel campaign since the COVID-19 situation began to settle in Japan and the government began to ease its border controls.

However, some government officials have expressed caution about the campaign, and not necessarily for security reasons.

“The Go To Travel campaign doesn’t have a good image,” an official said.

The Go To Travel campaign was launched in July 2020 despite warnings from infectious disease experts. In the fall of that year, new coronavirus infections spread rapidly and many people pointed the finger at Yoshihide Suga’s administration for not reviewing the campaign.

The kenmin wari program is considered more flexible to implement or suspend depending on the infection situation in local areas.